Alzheimer’s disease (AD) affects almost 44 million people worldwide. The disease typically begins with memory difficulties followed by trouble thinking, reasoning and processing emotions. The cause of AD is not well understood, but there appear to be two forms: 90% of patients have a late-onset sporadic form of AD with no known genetic link, while the remaining AD cases fall into a genetically inheritable form of early-onset Familial Alzheimer’s Disease (FAD). Unfortunately, the irreversible disease progression is eventually fatal due to widespread neuronal loss in the central nervous system.

In addition to the loss of neurons, pathological features of Alzheimer’s brains include amyloid beta plaques (Aβ) and neurofibrillary tangles (NFTs). Aβ forms when amyloid precursor protein (APP) is cleaved by beta and gamma secretase. Individual Aβ molecules then interact to form extracellular deposits in the brain. Whether Aβ is an underlying cause or merely correlated with the disease remains unclear, but studies have revealed Aβ can induce neuronal death. In support of this, mutations in the APP gene have been linked to FAD.

NFTs are abnormal aggregates of a protein called tau, an important component of the neuron cytoskeleton. Tau binds and stabilizes microtubules, a train track-like system for growth and transport within the neuron. In AD, hyperphosphorylation of tau disrupts binding to microtubules and results in aggregation of tau and subsequent NFTs. Although NFTs were once thought to be a cause of Alzheimer’s disease, accumulating research suggests NFTs may be a compensatory by-product of the disease progression.

The underlying cause of AD remains poorly understood today. Although research efforts have made considerable advancements in our understanding of the disease since its initial characterization in 1901, there is still no cure. Current pharmaceutical interventions focus on alleviating the symptoms of Alzheimer’s but do not treat the underlying cause. Federal funding for Alzheimer’s research in 2015 reached around $566 million, but significant research is clearly needed to find more effective treatments for this debilitating disease.

Research efforts today are focused on better understanding the molecular and genetic mechanisms underlying the disease, biomarkers for early detection and potential interventions to halt and reverse the loss of neurons. One important technique in these efforts is culturing human neurons in vitro, which enables researchers more precise manipulation of the study variables. ScienCell is proud to offer normal human neurons to researchers studying Alzheimer’s disease, as well as many other human and animal cell types, cell culture reagents, and analysis kits. 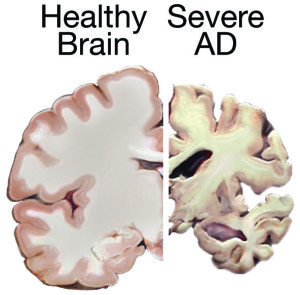